Teams played pool play on Friday, with pool winners Arizona A, Arizona B, New Mexico A, Arizona State A and Northern Arizona A advancing through to the gold bracket.

In the semifinals, Northern Arizona University fell to University of New Mexico A 22-20, while Arizona A defeated Arizona State A 24-18 to set up an Arizona-New Mexico final. Arizona A prevailed 30-14 in the final. 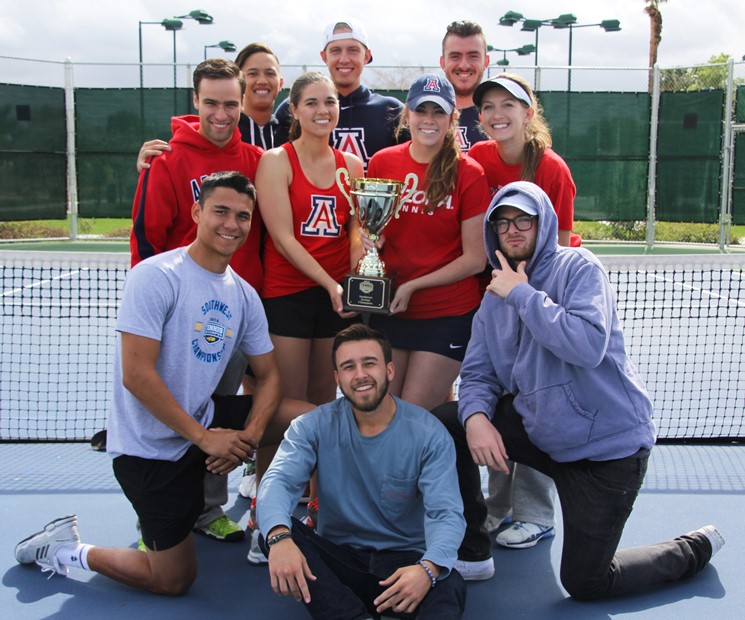 The University of Arizona Club Tennis Team captured the 2017 Southwest Championship Title and is on their way back to Nationals!