The USTA Northern Tennis On Campus Series is a series of fall and winter tournaments open to all collegiate club and intramural tennis programs.  Points are only awarded to teams from the USTA Northern section, though. The accumulated points for the series are used to seed teams for the annual USTA Tennis on Campus Section Championships held in late February in the Twin Cities.

Schools may bid to be a tournament host site. The host school may choose the tournament's format (World TeamTennis, Men's and Women's Doubles, Singles, or Davis Cup) and length (1 or 2 days).  The USTA Northern Section also provides support to those schools who step up to host a tournament. 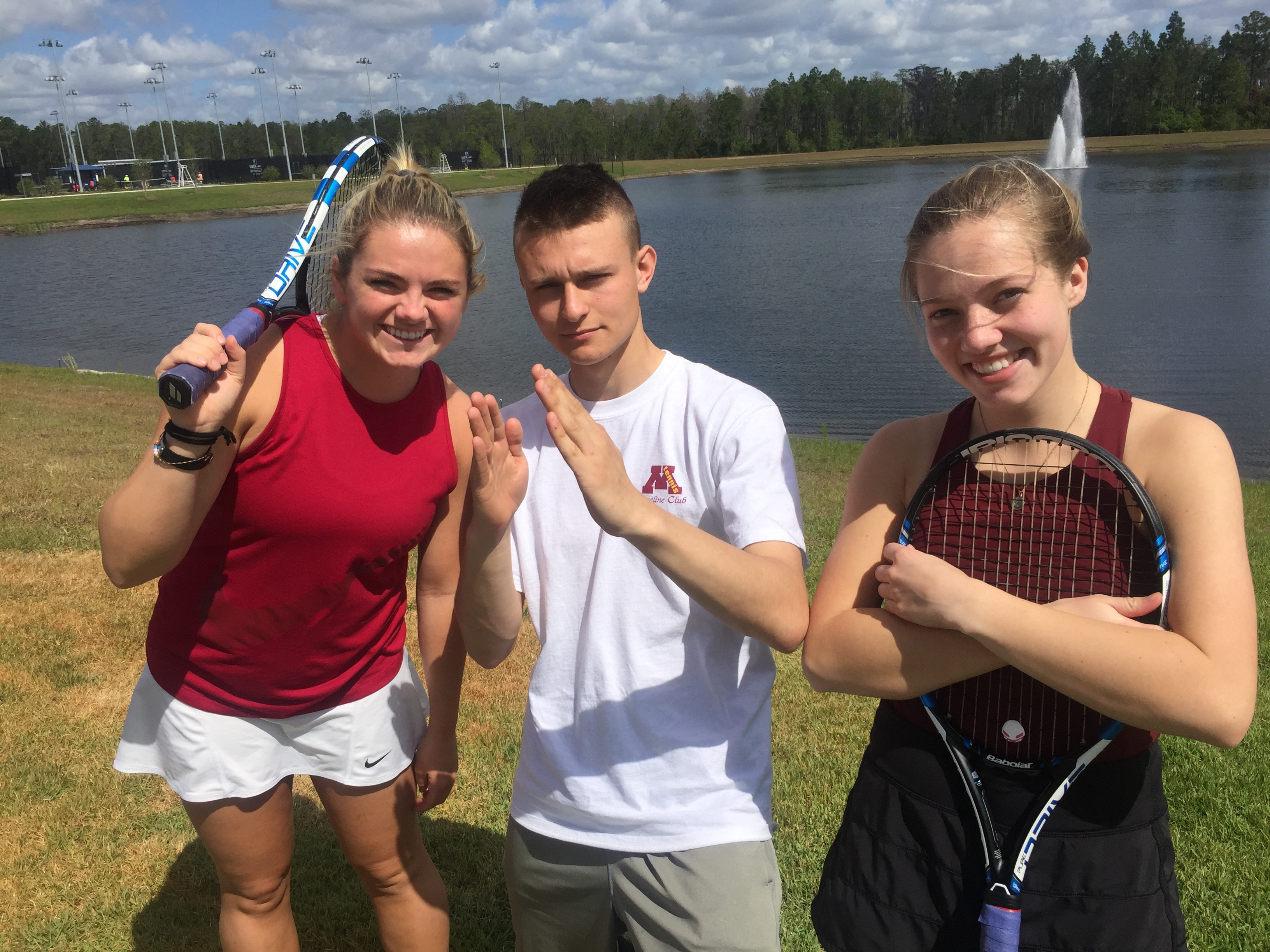 All Chloe Hall, Zoe Lindbloom and Anthony Rosa wanted was to keep playing tennis when they got to college. The trio, who all finished their junior careers ranked near the top of the Section, took different routes, but ultimately ended up at the same destination – playing Tennis on Campus for the University of Minnesota, and couldn’t be happier.

Hall, from Prior Lake, Minn., had many college tennis options, but in the end decided not to play at the varsity level. Once arriving at Minnesota, she ran into another former Northern junior player Kate Rosenow of Rochester, Minn., who was a member of the Gopher Tennis on Campus program. A former two-time Minnesota state doubles champion herself, Rosenow told Hall about the program and encouraged her to try out for the team.

“I had never heard of Tennis on Campus before I got on campus,” Hall, who received the USTA Foundation College Education Scholarship which is a $10,000 award given to high school seniors who have excelled academically, demonstrated community service and participated in an organized tennis program, admitted. “I knew Kate, and a couple of other people on the team, and they told me how much fun it was. I wanted to keep playing tennis and this was my chance to do it.”

After finishing her junior career ranked in the top five of the Section, Lindbloom played one year of varsity tennis at Division III Trinity College in Connecticut before deciding to come back closer to home. Wanting to still play tennis, Lindbloom ran into Minnesota women’s tennis coach Chuck Merzbacher, whose daughter, Caitlyn, had played against Lindbloom in juniors. Merzbacher told her about Tennis on Campus (and that Minnesota was pretty good) and gave her the name of former Gopher varsity player Kelsey Frechette. Frechette, another former Minnesota state champion who had played varsity tennis for the Gophers before deciding to take a step back, played as a member of the Gophers team that finished second at the Tennis on Campus National Championships in 2015.

“When I talked to Kelsey, she could not say enough great things about Tennis on Campus,” Lindbloom, of Wayzata, Minn., said. “She was right. It is so different from my varsity college tennis experience. The group dynamics and team atmosphere are great. The co-ed aspect is really fun too.”

Rosa, who was a two-time Minnesota state doubles champion at Eden Prairie (Minn.) High School in 2015 and 2016, agrees. Never having heard about club tennis at Minnesota, he ran into a former high school teammate on campus, Salam Bachour, who is the current Minnesota Tennis on Campus club leader. Bachour encouraged Rosa to check it out, and the program has been a perfect fit.

“I really like Tennis on Campus because it is flexible and fits into my schedule,” Rosa said. “I am also pretty carefree so it gives me the chance to hit some balls and just enjoy playing the game again without the added pressure of varsity tennis. I have also learned how to play mixed doubles, which has been fun. We never had a chance to do that when we played juniors."

Another aspect of Tennis on Campus that has surprised the group is the level of tennis they have encountered throughout the season.

“People always ask me about the level of play, but it has been very high. I have had good matches all year,” Hall said.

Including at the USTA Northern Section Championships where Minnesota won its 14th straight title and remained the only school in history to wear the Section crown. With the win, the Gophers qualified for the Tennis on Campus National Championships where they placed fourth at the new USTA National Campus in Orlando, Fla.

“It is really cool that we can compete for a National title,” Lindbloom said. “Honestly, I did not even know there was a National Championship until well into the season. We had a great time and cannot wait to come back next year.” 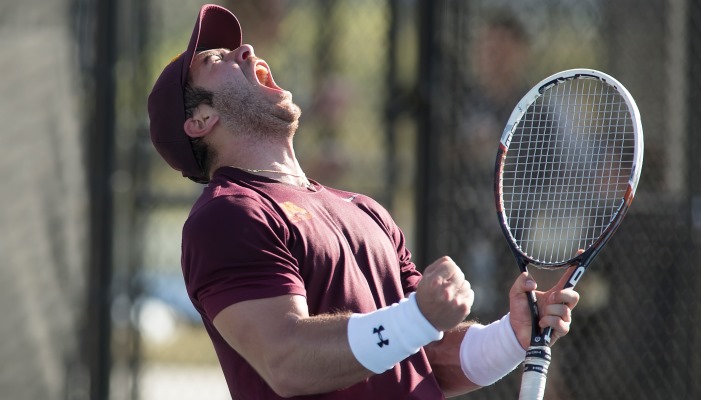 The University of Minnesota placed third and North Dakota State was 63rd at the 2017 Tennis On Campus National Championships at the USTA National Campus in Orlando, Fla. The fourth-place finish marked the second time in the last three years, the Gophers have advanced to the Final Fourafter placing second in 2015.

On Day 1, Minnesota finished 3-0 in pool play and qualified for the Gold Bracket after defeating UC-Santa Barbara 21-18 in the total-games-won format followed by South Carolina 28-18 and the University of Texas-Austin 30-19. Minnesota then opened bracket play by edging Penn State 27-24 in the round of 16. The Gophers followed that with a 27-24 win over Central Florida, sending them to the semifinals where they lost a heartbreaker to UC-Irvine 23-21. Minnesota closed out the tournament losing to UCLA 30-8 to finish fourth.

North Dakota State, competing in its 11th consecutive Tennis on Campus Nationals, finished 0-3 in pool play falling to Georgia 30-2, Arizona 30-8 and Maryland 26-11. Qualifying for the Copper Bracket, the Bison then lost to Georgetown 30-15, Iowa State 25-17 and Texas-Arlington 26-22 before defeating Binghamton for 63rd place.